Razi al-Din Abul-Qasim Syed Ali ibn Musa ibn Ja’far (589-664 AH), whose Kunya was Abul Qasim and his nickname was Tawoos[1] Was famous with the name Ibn Tawoos. He is among the few renowned Iammiyya men whose features are commonly agreed on by the ones who know the scholars, main Hadith narrators and main rijals.[2]

Seyed Tafreshi praising Ibn Tawoos writes in Naghd al-Rijal: "he is among the great and trustworthy ones of the tribe. He is a noble and honorable man. He knows many narratives (revayat) by heart, and his speeches are clear. His mood while saying prayers is beyond description."[3]

It is said that while writing his own books, Ibn Tawoos has benefited from 500 other books like a complete edition of Kamel al-Ziyarat by Ibn Quluyeh Qomi on which Abu Ja’far Toosi’s handwriting exists.[4] It is also reported that two-thirds of Ibn Tawoos’s library was filled with Sunni sources and books.[5]

One of the main fields on which Ibn Tawoos has worked is prayers, pilgrimages and the rewards of the good deeds.[6] In the one hundred forty-second chapter of his book Kashf al-Muhajabah, written in 649 AH, he wrote that he had more than 60 volumes of prayer books. This number increased to more than seventy volumes in 662 AH slightly before his death.[7] Ibn Tawoos has written several books regarding prayers, for instance: al-Faraj Ba’ad al-Sheddat, Iqbal al-Amaal, Falah al-Sael VA Nejah al-Masael VA Mohej al-Da’avat VA Monhej al-Enayat.[8] About Lohoof, though, Ibn Tawoos introduces himself as the one who has collected it. [9]

Al-Lohoof Ala Ghatli al-Tofoof or Ahi Souzan bar Mazar Shahidan (sighs of sorrow for the martyrs) is available with other titles like al-Malhoof Ala Ghatli al-Tofouf and al-Malhoof Ala Ahl al-Tofouf.[10] Regarding the book's title, Ibn Tawoos writes: Al-Lohoof is a short and brief Maqtal that has been reported to be used by pilgrims visiting Imam Hussain's tomb in Karbala.[11]

Al-Lohoof, which is written in Arabic, was translated into Persian for the first time in Safaviyyeh Era by a scholar named Baha al-Din Muhammad ibn Mir Muhammad Baqir Husayni Naeeni Mukhtari (1080- 1140 AH).[12] This Maqtal has been translated several other times ever since[13] and some of the translations in the primary centuries include: 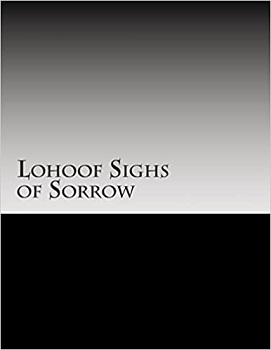 This book was translated by Sayyid Athar Husayn S.H. Rizvi in English and has been published by CreateSpace Independent Publishing Platform in 2014.

In the introduction of al-Lohoof, ibn Tawoos describes his motivation for preparing the book like this: "what made me write this book more than anything was not needing to carry a Maqtal with me when going on pilgrimage in Ashura in Sayyid al-Shuhada's shrine. That is why I prepared this book and attached Mesba al-Zaer and Jenah al-Mosafer to it. What I have collected in this book is brief due to the pilgrims' lack of time, and yet it suffices to open the doors of sorrow to the readers and help the believers gain redemption. We have put valuable truth in these words and named it al-Lohoof ala Ghatli al-Tofouf."[15]

Thus al-Lohouf has been written briefly to be used by Shias while travelling or going on pilgrimages; as a result, the chain of references and narrations (ravayat) are omitted, and only the last narrator or reference is mentioned. So this Maqtal cannot be seen as a thorough scientific book, and introducing it as the most reliable Maqtal[16] It seems like an exaggeration.

It is believed that Ibn Tawoos wrote al-Lohoof when he was young.[17] Ghazi Tabatabaee doubts it and says: "what Ibn Tawoos said appears to mean that the book is among his first works, not that he wrote it while he was young."[18]

In the book, Ibn Tawoos gives general verdicts about many issues. Among these verdicts, the one that is of high significance is the issue of Imam Husayn's knowledge of his own martyrdom. In the beginning parts of the book, after Imam's conversation with Marvan in Medina and before the situation in Medina became clear, it is mentioned that: the writer of the book says: after research and studying the case, what becomes clear is the fact that Husayn was aware of the result of his works and what he did with complete certainty was his duty.[19] Then ibn Tawoos writes about his reasons.[20]

This attitude is more clearly mentioned and emphasized in some other parts of al-Lohoof by the author. For example, when Imam Husayn left Medina to go to Mecca, Ibn Tawoos writes: Imam Husayn replied to some believer jinns' offer to help Imam in this way:

How can these miserable men be examined and tested if I stay in my city and country? And who will replace me in my tomb? The place that was chosen for me by God when he was creating the earth and made it the shelter for Shias and our friends so that their prayers and deeds get accepted there, and their wishes come true and our Shias to live there and be safe in two worlds.[21]

Despite this issue, at the end of the first part (Maslak) of the book, it is written that: one of the reasons that made Hussayn take his wives with himself is probably the fact that had he left them in Hejaz or another city, Yazid might have sent his men to take them captives or torture them to stop Husayn from defence and martyrdom.[22]

Some narrations and claims made in al-Lohoof need more serious contemplation. For instance, in a part in the second chapter (Maslak), while narrating the event of Ashura, Ibn Tawoos writes about the conversation between two of the Imam Husayn’s tent’s guards: Barir was happy and smiling, and he was trying to make Abd al-Rahman laugh too. He told Barid: Barir, why do you laugh? He replied: my happiness originates from the fate we have before us. I swear to God that the distance between us and hugging Houris in paradise is fighting with these men for an hour.[23]

Abstract of the book[edit | edit source]

Ibn Tawoos has put al-Lohoof in four parts. The book begins with the author’s introduction about the significance and value of mourning and crying for Imam Husayn. He mentions a saying from Imam Sadiq in this regard: "anyone who has his eyes full of tears while remembering us, even if the tear is as tiny as a fly's wing, then God will forgive all his sins; even if his sins are as big as the sea."[24]

The first chapter (Maslak) of al-Lohoof mentions the things that took place before the battle of Karbala. In this part, describing the significance of the battle of Karbala and Imam Husayn’s martyrdom, ibn Tawoos writes: Hadith narrators said: a year after Husayn’s birth, twelve angles came to the Prophet and said: "Ya Muhammad Husayn, Fatemeh’s son, will receive what Cain received from Abel."[25]

The second chapter of Maslak al-Sani, entitled "describing the battle and what was close to that," describes the events in Karbala and Imam Husayn’s martyrdom.[26] The third chapter of the book, entitled al-Maslak al-Sales, is about the events that took place after the martyrdom of Imam.[27] This part of the book contains the description of events and notes that were not written about much in the previous Maqtals, for instance, the sermons.[28]

The value and significance of the book[edit | edit source]

Regarding the importance and significance of al-Lohoof, Ibn Tawoos writes at the end of the book that anybody who learns about its order and name can tell its superiority over the other books in its category; although it is brief.[29]

It is also possible that Ibn Tawoos prepared al-Lohoof using other Maqtals and books written about the battle of Karbala up to the sixth Hijri century; this is highly probable because Ibn Tawoos had the library of Sheykh Tousi, and according to some researchers, Sheykh Tousi has a book entitled Maqtal al-Husayn which is lost.[30]

Ghazi Tabatabaee knows Ibn Tawoos’s narrations in al-Lohoof highly reliable and even believes that no book among the Maqtals equals with it in terms of reliability and validity, and the book is among the first reliable Maqtals.[31]

Ali Davani, on the other hand, believes that the book's content has been changed through time, and unpleasant and unreliable information has entered it which are not by the author. Moreover, Davani mentioned another possibility as well. Ibn Tawoos did not have enough expertise while writing the book since he wrote it in his early adulthood, and his competence in research, history, and hadith then was not like that in his later years of life; as a result,,, al-Lohoof is like its initial format.[32]

Some other researchers have categorized al-Lohoof in the story, literary and Rawzeh group; they believe the book has a general, effective and energetic text[33] which is a historical story-like narration of the battle of Karbala and Imam Husayn’s martyrdom.[34]