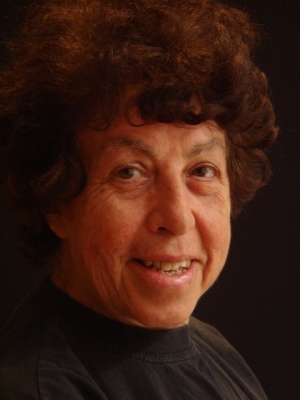 She is an urban anthropologist who has studied Muslim South Asians in Britain and Pakistan and, more recently, the women's movement and the Manual Workers Union in Botswana funded by the ESRC programme on Non-Governmental Public Action and the Wenner-Gren Foundation for Anthropological Research. Her study in Botswana has led to her most recent monograph, The Making of an African Working Class and to a major edited book on the Political Aesthetics of Global Protest, both in 2014. In 2015 she was awarded a Leverhulme Emeritus Fellowship to study ‘The Changing Kgotla: The Transformation of Customary Courts in Village Botswana’. She has also been, since 2008, Principal Investigator of two major projects: ‘New African Migrants in the Gateway City: Ethnicity, Religion, Citizenship’ (ESRC) and ‘In the Footsteps of Jesus and the Prophet: Sociality, Caring and the Religious Imagination in the Filipino Diaspora’ (AHRC). In 2006, she convened the Association of Social Anthropologists diamond jubilee conference on Cosmopolitanism and Anthropology. The scope of her work is reflected in her published articles and collected volumes which engage with the challenges presented by the rise of Islamic radicalism, the Rushdie affair, cultural hybridity, migration and culture, religious identity, women, citizenship and difference. She has presented plenary addresses to the Australian, Swiss and American Associations and been invited to give keynote addresses throughout Europe, the USA, Australia, Israel, Pakistan, and Indonesia. She has been co-editor of the prestigious 'Postcolonial Encounters' series published by Zed Books (distributed by Palgrave in the US) and in addition, she organizes the annual Pakistan Workshop at Satterthwaite.[1]

Her two books, Imagined Diasporas among Manchester Muslims and Pilgrims of Love, along with The Migration Process make up the Manchester Migration Trilogy, a series of three single-authored books tracing the processes of Pakistani migration, community formation, religious transnationalism and diaspora over a period of fifty years. The series as a whole interrogates the translocation of culture - its dislocation, transplantation and translation in the course of migration. Collectively the three books form the most comprehensive body of ethnography about any immigrant community in Britain.