Paul Tabar is the director of the Institute for Migration Studies and Associate Professor of Sociology/Anthropology at the Lebanese American University, Beirut campus. He also is Associate Researcher at the Centre for Cultural Research, University of Western Sydney, Australia. One of his research interests is related to Shi'i identity formation in Lebanon. 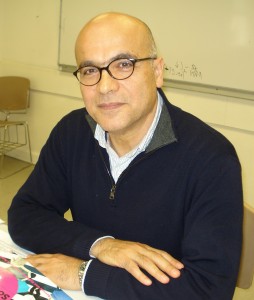 Tabar is the author of “‘Political Remittances’: The case of Lebanese expatriates voting in national elections.” Journal of Intercultural Studies, Vol. 35, Issue 4, 2014 and of Arab Communities in Australia (CAUS, 2013, in Arabic).

He is also a co-author of Being Lebanese in Australia: Identity, racism and the ethnic field (Institute for Migration Studies, 2010), Bin Laden in the Suburbs: Criminilizing the Arab Other (The Institute of Criminology, Sydney University, 2004), and has published many articles on Lebanese and Arab migrants in international journals. He is currently co-authoring a book on Ethnic habitus.