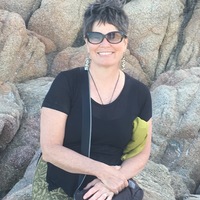 Diane D'Souza is director of continuing education and of the Mission Institute at the Episcopal Divinity School in Cambridge, Massachusetts. She is widely published in the fields of gender, religion, interreligious dialogue, and peace building.

D'Souza lived and worked in India for nearly twenty years, where she taught Islam and Christian-Muslim relations and conducted research on Muslim women's religious practices. She earned her doctorate in religious studies from Vrije University in Amsterdam, the Netherlands.