Babak Rahimi earned his PhD from the European University Institute, Florence, Italy (2004) and obtained an M.A. in Ancient and Medieval Philosophy (1997). In 2000-2001, he was a Visiting Fellows at the Department of Anthropology, the London School of Economics and Political Science. His monograph, Theater-State and Formation of the Early Modern Public Sphere in Iran: Studies on Safavid Muharram Rituals, 1590-1641 C.E. (Brill 2011), traces the origins of the Iranian public sphere in the early-seventeenth century Safavid Empire with a focus on the relationship between state-building, urban space and ritual culture.[1] 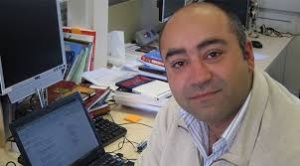